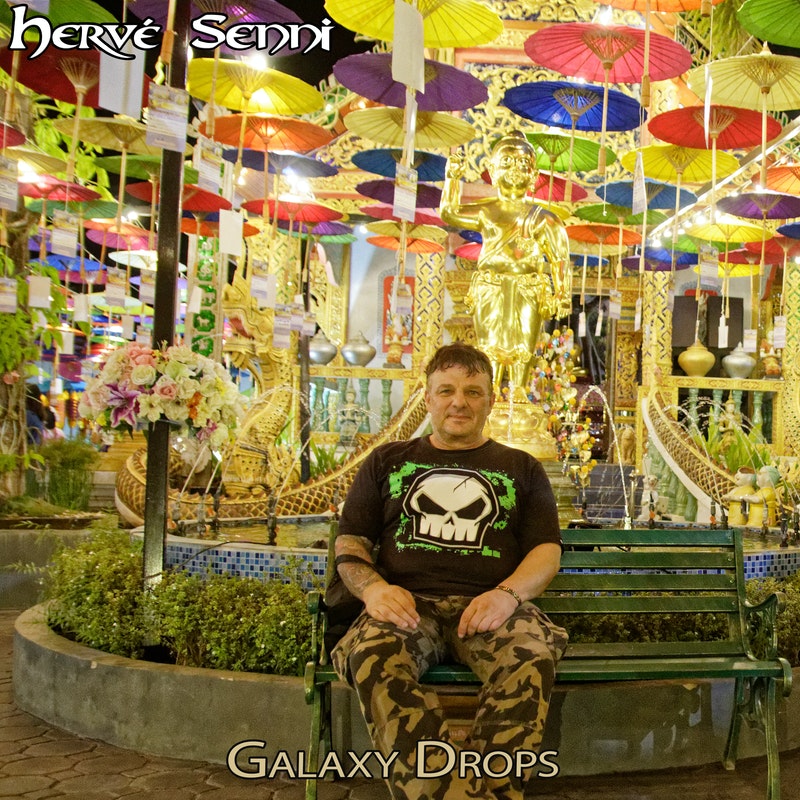 I recorded those songs during the copyright-free era. They were on sale on sites such as Pond5, Productiontrax (no longer alive), and many more.
That business didn’t last long, and most of those sites are no longer alive today. That business was killed mostly by Youtube, which started to offers zillions of free copyright free backing tracks. Why paying when you can get the same thing for free?

I wasn’t pleased to lose control of my music and maybe have it used to back up corny videos.

Plus Sacem, ( my copyright agency) was totally against it.

This album is one of many I released featuring the best tracks that you can listen to as a real song, without lacking the image.

I regrouped them by style to have some continuity on each album. Galaxy Drop is the penultimate album sporting my copyright music work.

I dig it. I mixed various music types in that album: Nu jazz songs such as Green Bag, Mighty and Slow Motion. Afro songs such as Dholak, African night, and Kassa Ni Soro, and electro-jazz with Jungle.

I also interpreted old songs of mine such as Hypnotic Pyramid, Nostalgia, and Quaie des Brunes.

Nostalgia is a song I wrote when I was 20 years old. It is a vast Gymnopedie’s Influence by Erik Satie. Quaie des Brunes is one of my favorite themes that I enjoy interpreting in every possible music style. The one featured on this album is finally the original bossa nova music style I used to write the song in 2000.

Like every one of my albums, I performed every instrument except the drums. I’m using an app using drum loops played by real drummers and using authentic drum sounds for the drum part. I never used the quantize function on any of my tracks. I don’t even know how to use it.

You can stream Galaxy drop on various sites.

Register to my Spotify Channel

This is Hervé Senni
Playlist made by Spotify

My music is distributed by Distrokid only.